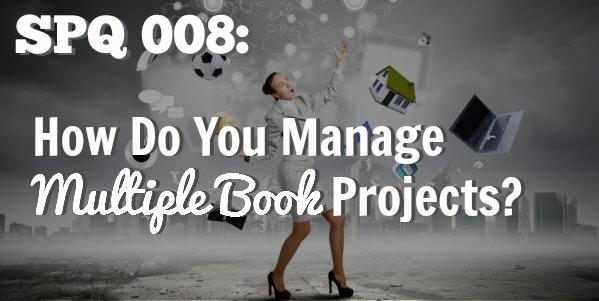 A reader asks how many projects Steve typically has in his publishing pipeline. In this episode, Steve explains how he moves from idea to completed project.

[Tweet “Don’t sit on any finished titles; publish them immediately! “]

Steve usually works on no more than two or three books at a time. He doesn’t sit on any finished titles; he publishes them immediately. If he has an idea for another book, he writes it down and then continues working on his current project.

The process starts with an idea. Steve often gets book ideas when he is running or doing something other than writing. He uses Evernote to record these ideas so he doesn’t forget any of them. Then he lets the idea “ferment” for about two to four weeks so he can gather information and come up with related ideas.

Steve has a 46-step checklist he uses for every book project. He prints this list and starts filling it out as he completes the steps. Then he writes until the book is complete.

It’s important to have a process because you won’t get stuck at a “single point of failure.” If you have other projects in the pipeline, you won’t be stuck doing nothing while you wait for an editor, cover designer, or writing partner. This is why Steve recommends working on two projects at a time.

46-Step Kindle Publishing Checklist: The checklist Steve uses to move each project from idea to completion

4 thoughts on “SPQ 008: How Do You Manage Multiple Book Projects?”